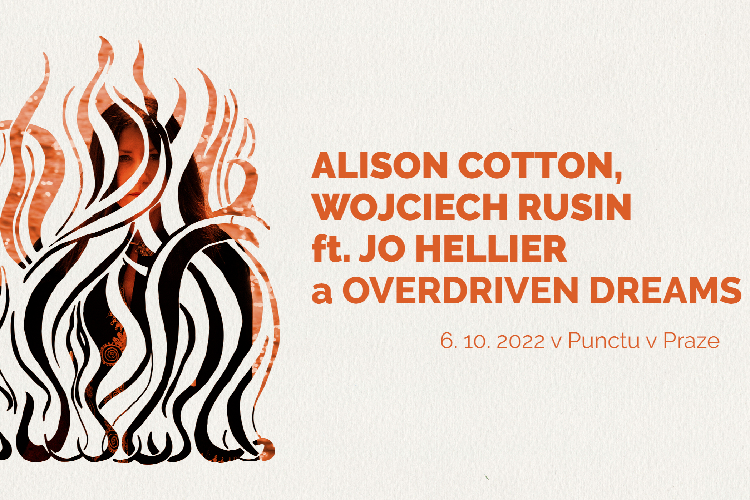 Alison Cotton is an English violist creating long haunting folk drones. She is heavily inspired by the countryside of North East England, and many of her pieces are created for, and named after spaces, whether real or fictional, and often of another time. She has recently released The Portrait You Painted of Me (Rocket Recordings) to rave reviews from the likes of The Guardian, MOJO, The Wire or The Quietus. As on previous solo albums, the touchstones of her immersive sound are viola, harmonium and voice, merged to create a rich suite of songs, and the album contains all the elements that result in the somber, exquisite melancholy she creates.

Wojciech Rusin is a Polish-born audio-visual artist based in London. He draws inspiration from alchemical and gnostic texts, early renaissance choral music and Eastern European mythologies. Most recently, he released Syphon on AD93 on February 2022. He designs and makes 3D-printed reed instruments, reworking ancient designs with contemporary 3D modelling technologies. In 2020 he released Meat for the Guard Dogs on Cafe OTO’s Takuroku digital imprint, and the Rufus Orbis cassette for Boomkat Editions / Documenting Sound series. His music has been featured on BBC Four and he has worked for The National Theatre, The Southbank Centre, and National Theatre Wales. He is among the first announced artists for this year's Unsound Festival, where he will perform a specially commissioned project. The Prague performance will also include the Bristol singer and choreographer Jo Hellier.

Overdriven Dreams is the solo outfit of Uroš Kostić, a sound artist and guitarist from Niš, Serbia, in which he aims to bring the infinite sound fields of phantasmagoric dreams to life. He relies primarily on 4-track cassette tape loops, field recordings, and reel-to-reel tape loops, also sculpting endless sonic dreamspaces with the use of synths and guitar, including unconventional techniques.